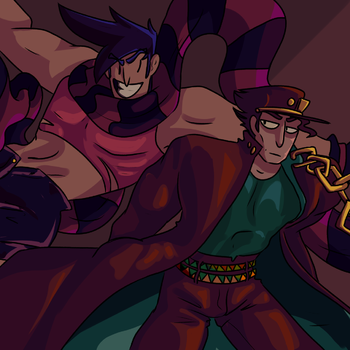 How different can it be?
Jojo's Timely Adventure

is an ongoing fic originally posted on April Fools of 2019 by Archive of Our Own user Sarcatic_Raspberry. Regardless of its release date, the fic is intended to be taken seriously as it follows the story of how Jotaro and Kakyoin swapped places in time with Caesar and a young Joseph Joestar.