Fanfic / Its My Life Expanded Universe 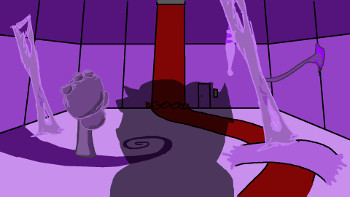 What happens when ITS MY LIFE!, an infamous Portal Troll Fic complete with a series, known for many breaches of canon and reality, meets ASBusinessMagnet, an aspiring fanfic writer of the very same fandom who was struggling to write a series of her own? The answer is a trollfic series that rivals the original, introduces many more concepts, and makes the whole universe seem almost livable, that's what happens.

These are the fanfics written by ASBusinessMagnet's own interpretation of MarissaTheWriter:

In addition, there are several in-universe stories written by the local history junkie, Skepness Man Beauregarde:

She also has thrown together an e-book with most of these stories, as well as the originals, appropriately called the MarrissaTheWriter Complete Anthology

The ITS MY LIFE! Expanded Universe provides examples of: