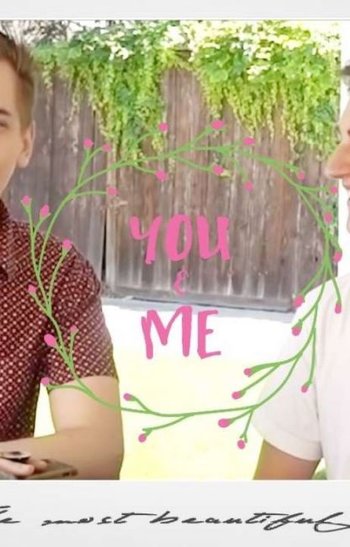 Danny Gonzales moves in with his best friend and secret crush Drew gooden after his gf died in afganistan going to war and then one night drew gets drunk and then....find out!!!
—Description on Wattpad

House of Gold is a Slash Fic featuring Drew Gooden and Danny Gonzalez, written in 2018 by DrewDanisLuvv on Wattpad.

The plot follows Drew and Danny falling in love before betrayal and lies threaten to break them apart. It all starts when Drew has to move in with Danny once his girlfriend goes missing in Afghanistan.

Additional cast members include other YouTubers, like Jake Paul and Logan Paul, as well as an original character in the form of Danny's neighbor, Jackie.

And of course, don't confuse this with the Twenty One Pilots song of the same name.

House of Gold provides examples of: