The Redeemer of Men: Olympus is a lie. You can either join my new world, or die in their old one.
— Heroes On Campus 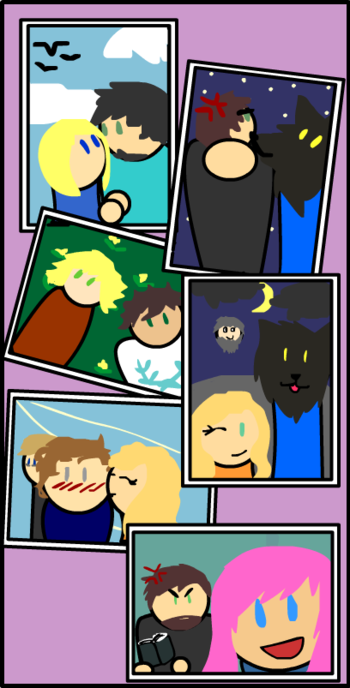 The Heroes on Campus, in all their glory. (All images courtesy of Aurora!)

Heroes on Campus is forum/web story created and edited by a variety of people. It details the emergence of superpowers within a group of random students on a university campus and their subsequent struggles when a mysterious villain called The Redeemer of Men appears and begins to challenge everything they know. It draws heavily from established superhero conventions and plays very much like a teen version of Heroes.

The main story is now finished; you can read it here, and heck, start creating your own stories in the universe. Link is here: http://superpowered.freeforums.net/board/3/introduction-start

Set in an alternative version of present day, the major divergence being an event some forty to fifty years before, when a mysterious event created a superhero called Captain Omega (your typical Superman type) and the Redeemer of Men, who then started a firm called Olympus which aims to protect people and regulate superhumans. Spoiler alert, not everyone likes Olympus.

It all starts as you expect, with the students enjoying their powers but the Redeemer of Men quickly enters their lives, throwing up a larger plot, and providing the overall arc. As the students begin to develop their powers they all begin to realise that actually, they aren't just going to be allowed to be students anymore, but that they have larger responsibilities to either oppose or join the Redeemer as he plans to bring the foundations of Olympus, and pretty much all the order that goes with it, down to the ground.

The forum-story has a large ensemble cast, but the major characters (by way of frequency of posts and their involvement in the plot) are:

Heroes On Campus provides examples of: