Fanfic / Harry Potter and the Rest of the Sentence 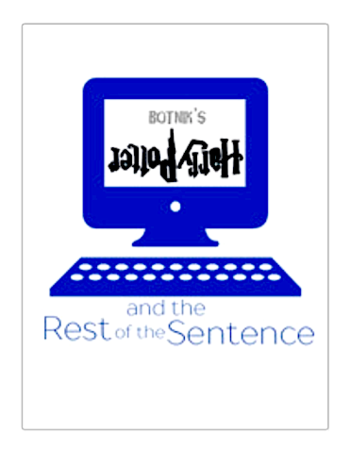 brands itself "Book II" of the same saga, depicting Harry and the gang's next year at Hogwarts following the events of Pile of Ash.
Advertisement:

Having been made through the same method of using a Botnik Predictive Keyboard fed on the Harry Potter books, it doesn't make much more sense.

The plot, as near as can be parsed, follows Villain Protagonist Harry trying to enact bloody revenge on just about everyone he comes across, usually through use of his trademark catchphrase, "Ogden!", which seems to function as an all-powerful spell that does whatever he wants it to do. Characters die, are resurrected, and die again. Hermione gets married to Harry off-screen and wishes he would pay more attention to her. And Voldemort escapes captures again and again by pretending to be Hagrid.

Harry Potter and the Rest of the Sentence features examples of: