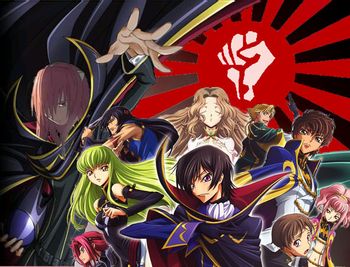 And you thought Lelouch was bad...
The shortest distance between two points is a dead body.
— Lelouch Lamperouge
Advertisement:

is a completed fanfic Crossover of Code Geass and Elfen Lied written by LVDB, available on FanFiction.Net.

In it, Lucy is the one responsible for Marianne's death and Lelouch meets her years later with no memory of the event. As a result, Lelouch is still part of the Britannian royal family. Cue Machiavellian scheming and some unusual dynamics between the two main characters.