Fanfic / Futures Freak Me Out 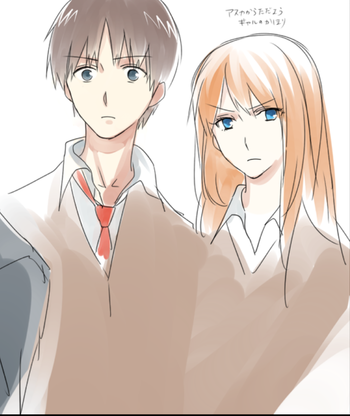 Futures Freak Me Out is a Neon Genesis Evangelion fanfiction by hidinginplainsight.

Shinji and Asuka are college roommates, but will their fear of the potential consequences of a relationship stop them from taking the one chance they both so desperately want to take?