Fanfic / From the Mind of Finn Mertens 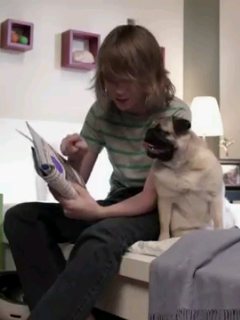 "No one cares if the story makes no sense. It's the characters that make it so popular."
— Panne Lillian, explaining why everyone likes Finn's comics

From the Mind of Finn Mertens

is a series of one-shots written by Stinkfly3. The story is about how a boy was able to create the world of Adventure Time by writing comics for his school newspaper.