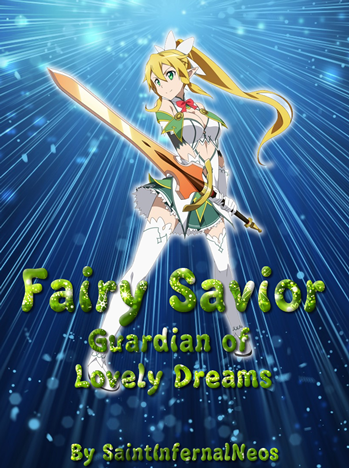 The SAO Magical Girls' Spin-Off nobody asked for!
"Yep! Your pure feelings towards your dear 'brother' managed to wake me up! Let me introduce myself again!"

Raising a hand 'epically', a shining background appeared behind the suddenly grinning pixie.

"My name is Yui, a 'Contractor'! I'm a Mystic Being from the Magical Realm that has come to the human world to take part in its defense against the evil force of the Nether Realm! And you, young girl, shall be my new partner to become a 'Guardian' that protects the world!"
—Yui

Kirigaya Suguha is a normal girl with normal problems, like having just finished middle school and being in love with her adoptive brother...until the Mystic Being Yui crashes into her life. Now, as the 'Guardian' Leafa, she must fight the evil beings of the Nether Realm! ...too bad she isn't thrilled by the idea. (Oneshot/AU)

It was written as a Christmas gift to Saint's readers in 2016.