Fanfic / Escalation Is the Name of the Game 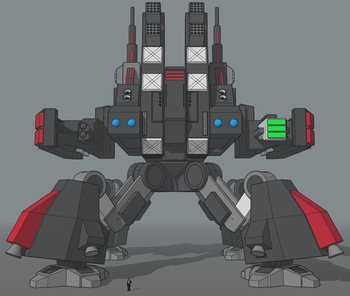 The Razor Back, for all your Brutally-Efficient Self-Replicating Mechanism of War needs.
"I don't over-react, I merely escalate in a dramatic fashion."
— Commander Fusou, Escalation is the Name of the Game

The third Planetary Annihilation Multi-cross fanfic to crop up, this story chronicles the adventures of the Sufficient Velocity and SpaceBattles.com user Battleship_Fusou. After being scooped up by ROB and stuffed into the chassis of a commander, she is turned loose to explore the multi-verse with the sole purpose of entertaining ROB. Exists in the same narrative multiverse as Commander and Faith in Superior Firepower

Escalation is the Name of the Game provides examples of: