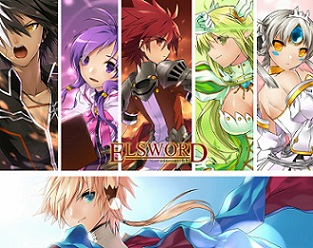 Elsword: The Awakening is an ongoing fan fiction that is written by TheBlackDuelist, author of The Gamer – Restart. It is an AU fiction featuring all of the main protagonists of the original Elsword video game.

The story is set two years after the defeat of King Nasod at the hands of the El team and peace has been restored to the world of Elrios.

Deciding it was best to go their separate ways, they agreed to split up and follow their own paths. With a new threat approaching, can the El Team come together again and put a stop to it?

To sum it up, the story is a sequel to the first half of the story and that everyone has now advanced to their second job advancements and are ready to continue their journey to stop the incoming invasion by the Demons.

The Job Classes for each character are as followed (WARNING SPOILER ALERT):

The fanfic is divided into separate arcs at the moments:

The series is currently in hiatus.