Fanfic / Dream On You Crazy Princess 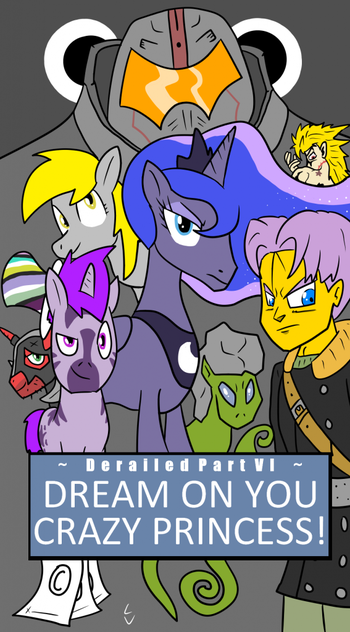 A My Little Pony: Friendship Is Magic Round Robin fanfic by Insaneponyauthor, and set in the same verse as their prior fics.

The dreams of Equestria are under attack, again—this time, not from the Tantabus, but a demon from another universe masquerading as the Tantabus. Princess Luna, defender of the dream realm, leaps into action. She finds unexpected help from a wall-eyed pegasus with dreamwalking powers, and a brave knight straight out of Ogres & Oubliettes—and she enlists two members of the Time Patrol as her mission support.