Fanfic / Diary of a Minecraft Zombie 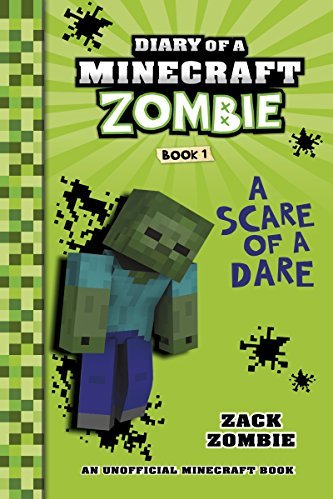 Diary of a Minecraft Zombie is a series of Minecraft fanfiction written by Zack Zombienote Pen Name of father-and-son team William and Matthew Peña and one of the few fanfiction to be published and sold for real. The first book is in fact the most popular Minecraft book, thanks to parents buying them for their kids who genuinely enjoy them. It should be noted this series was nominated for 2016 Nickelodeon Kids Choice Award for Favorite Book.
Advertisement:

The series, blending Minecraft characters and features with "the crazy and emotionally angst filled life of today's preteen", focuses on the Slice of Life of then-12-year-old Zombie the zombie, who deals with his conflicts with parents and classmates, pastime of scaring off villagers, adventures in the Minecraft world with his friends: Skelee the skeleton, Slimee the slime, Creepy the Creeper, and Steve the human, and how it feels to be a Minecraft zombie.

In other words, Diary of a Wimpy Kid IN MINECRAFT!note In fact, the early book covers were styled after the Wimpy Kid ones, but later received a new design probably to avoid copyright issues

See also Diary of an 8-Bit Warrior and Gameknight999, which are also published Minecraft fanfic series (and the former is inspired by Diary of a Wimpy Kid too).