Fanfic / Daughter of Fire and Steel 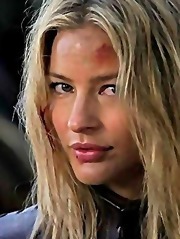 FF.net cover picture
Kara didn't know to be grateful for this discovery or angry. Once again it seemed like she was going to be in a position where she would be forced to choose between her family and Zod.
Advertisement:

Daughter of Fire and Steel

is a Man of Steel Alternate Universe Fic written by HardBoiled

Kara Zor-El is a soldier under Zod's command who has her loyalties tested when her leader invades Earth and she meets her long lost cousin, Kal-El.

Daughter of Fire and Steel provides examples of: