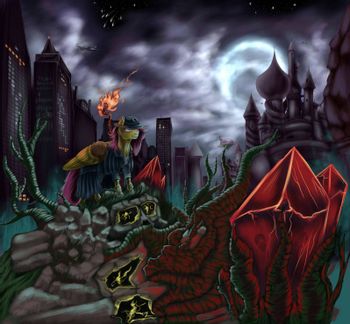 that started with a simple premise.

What if Harry Dresden, among many others, one day turned into a pony?

Well, for starters, she was not very pleased with this.

Still currently in progress, and may be found on FIMfiction.net

Takes place post-Skin Games for The Dresden Files and the Friendship Is Magic season five hiatus. Heavy Late-Arrival Spoiler warning for both series.