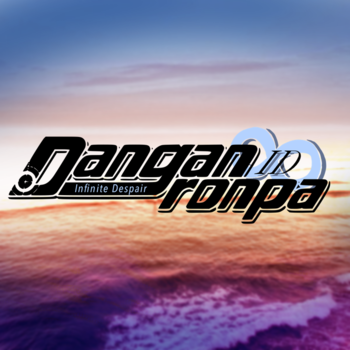 that posts every time the blog updates, as well as teasing certain parts of the story.

There originally was a version that came out in 2019, but the original page has been deleted and the entire story is being retconned.

Amaya Álvarez, the Ultimate Journalist, has been invited by the prestigious Fortune Crest Academy to take part in a two-week boat trip with 15 other Ultimates as an orientation before she starts her school year.

Things go awry, however, as soon as she gets knocked out cold on her way to the boat. She soon awakens inside a cabinet and after she pushes herself out of it does she realize that she's not alone, as a girl was right outside where she woke up in. That girl introduces herself as s Lindsey Baldwin, the Ultimate Barista. They team up, and decide to explore the area as well as meet the 14 other Ultimates, although the pair couldn't find the last one.

As soon as introductions were finished, they were promptly introduced to the captain of the ship, Mr. Fluffles, a robot whose design was akin to a ragdoll cat. Fluffles explains to the students the classic Danganronpa premise of a killing game. They are trapped in the SS Dust Stir for life. The only way to escape is to murder someone and get away with it in a class trial.

Despite the protests of the students, they have no choice but to play Fluffles’s sick and twisted game.

Tropes in Danganronpa: Infinite Despair include the following: