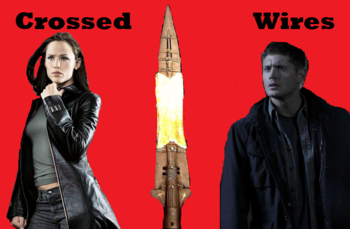 is a crossover of Supernatural and Alias that sees Dean Winchester and Sydney Bristow joining forces on a search to find the Spear of Destiny, Sydney believing it’s another Rambaldi-related artefact while Dean has determined that it is the best chance he has to get Sam out of the Cage.