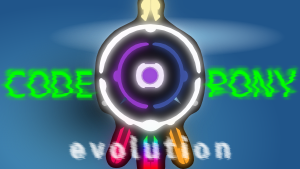 is a My Little Pony: Friendship Is Magic/Code Lyoko: Evolution crossover fanfiction, written by Romaji.

Twilight's rather bored with Equestria, and wants to go somewhere new. So when Princess Celestia offers her the chance to learn how to perform spells that can transit The Multiverse, she immediately jumps at the opportunity. But the spell she uses takes her somewhere... unexpected. Can she cope with the new people she's met and help fight XANA while trying to find a way home?

Or, you know, just nerd out to the thousands and thousands of new things to learn.

Cancelled due to the author getting banned from Fim Fiction Dot Net.

A sudden change in atmosphere hits the factory floor.