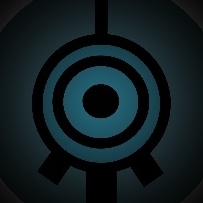 is a fanfic written by Azure Sandora

that is Exactly What It Says on the Tin: an attempt to adapt the plot of Code Lyoko to My Little Pony: Equestria Girls. It was first released on July 13, 2015, and completed on October 19, 2016.

The action takes place in Canterlot, California, home of Canterlot High Boarding School. Applejack, a recent transfer to the school, quickly meets and bonds with her fellow students: athletic Rainbow Dash, video game loving Pinkie Pie, the aloof Rarity, and Applejack's roommate Twilight Sparkle, a certified genius with a secret... namely, her friendship with Fluttershy, an A.I. from the virtual world of Lyoko, which is housed in a supercomputer in the basement of a nearby abandoned factory. Twilight has made it her goal to free Fluttershy from the supercomputer, materializing her into the real world; upon discovering this, Applejack agrees to help and support them.

However, Twilight's plans are opposed by the evil A.I. XANA, which has its own goals involving world conquest through various manifestations in the real world, forcing the others to enter Lyoko in order to shut down the towers that XANA uses to power its attacks. As the team continues to thwart its goals and delves deeper into the history of Lyoko in their attempts to solve its mysteries, including the identities of its creators, XANA becomes even more dangerous and develops a personal grudge against Twilight.

The series is divided into: