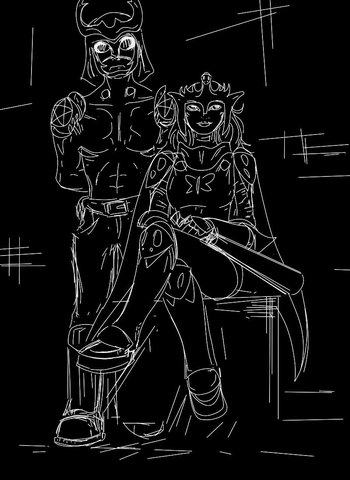 Synopsis is as follows: Cauldron's plan was bad. The Protectorate was deeply flawed. The PRT was a joke. If Gaia wanted to save her babies, save herself, she'd need to interfere. Enter The Gamer. Too bad it's James. Self-insert story with a twist in that the inserted character has no memories of who he used to be.

Has a companion fic called 'A Bug In The Game' that focuses more on Taylor's perspective of the story.

Unfortunately, there have been no updates since May 2016, so this can be considered a Dead Fic.

Co-op Mode can be found on Spacebattles

as well as FanFiction

A Bug In The Game can also be found on Spacebattles

. note  The Fan Fiction version of A Bug In The Game includes the chapters of Co-op Mode