Fanfic / Check-in at the Turnabout 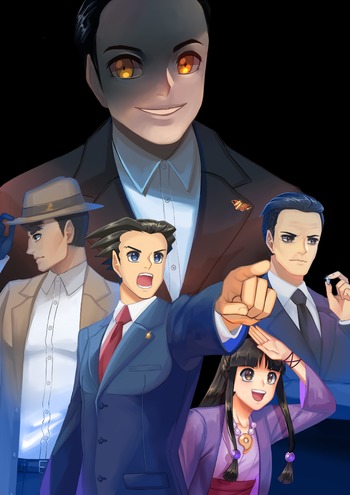 ...A series of betrayals, lies, and tragedies... all connected by one man.
"N-no... this is... f-fine. I c-can d-d-die easily knowing th-this. That... in y-your efforts to get r-revenge on the v-ve-very man you hated... You became exactly like him."
— Carter Fly, Chapter 1
Advertisement:

Check-in at the Turnabout

is an Ace Attorney fanfic where Phoenix Wright and his assistant Maya Fey task themselves to defend man Lloyd Lector, accused of murdering three people inside a fancy hotel named The Heavenly Lodgings. However, the case may be deeper than Phoenix first imagined...

Check-in at the Turnabout provides examples of: