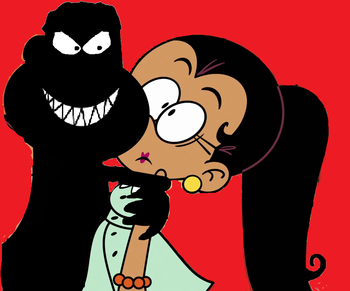 Sometimes being a Spicy Latina has its burdens.
Advertisement:

Carlota suddenly finds herself as the current target of a serial predator and the worst part, he is in her mind.