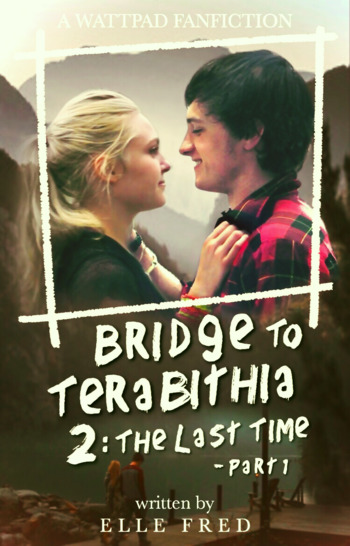 "Jess... I don't know how to say this..." his mother said, her voice trembling, as she faced him, dried tears on her face.
"About what?" Jess asked, confused. They were seriously creeping him out.
His father stood up from the couch and then approached him.
"Leslie's alive."
Advertisement:

Five years after the seeming demise of his best friend Leslie, Jesse Aarons, now a 17-year-old teenager, seems to have moved on with his life; on his way to high school, having his own girlfriend and with a bright career path ahead of him. But deep inside, he still cannot let go of his past. Then one day, an old friend of his past which he though he would never see again, comes back...

Bridge To Terabithia 2: The Last Time is a Completed Fic and Fix Fic written by Elle Fred

, a massive fan of Bridge to Terabithia and the 2007 film adaptation, whom have written several separate AU stories related to the aforementioned Katherine Paterson classic novel.

Despite being fan-fiction based on a (mostly) family friendly story, Bridge To Terabithia 2: The Last Time occasionally - OK, fine, frequently delves into darker, more mature themes, including child trafficking and kidnapping, relationship affairs, in-family struggling, peer pressure, substance abuse, and other issues. Still, everything does work out in the end...

You can read both part 1