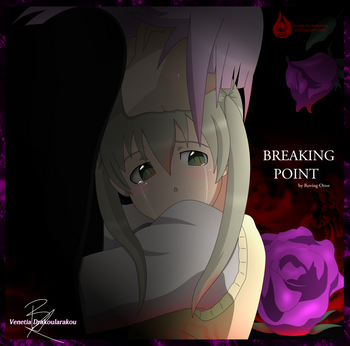 "The Kishin has been defeated, but for Chrona, the real battle has just begun...and it's inside his head. Old memories and new, confusing feelings conspire to shake the foundation of his fragile sanity."