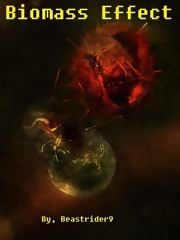 All life on Earth had been consumed by Blacklight. With no Biomass to feed on, Blacklight had to evolve, adapt, and grow. Now a collective Council of Aliens discovers the existence of such a life form. How do the aliens see a form of life that is viral, how they deal with it, what are the consequences to the galaxy of such a race existing at all.

The story can also be read here