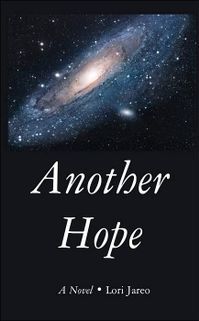 Another Hope is a Star Wars fanfiction novel by Lori Jareo, best known for the controversy it caused when the author released it for commercial sale.

Another Hope is an Alternate Universe Fic re-imagining the events of A New Hope. Mixing familiar elements of the film with new material, the story draws inspiration from and mixes in elements from the prequels. The text mainly deals in minute details of Death Star, the politics of Darth Vader's henchmen and insight into Vader and the Organas. It also adds an original version of Ryoo Naberrie, described as a "gutsy underling on the Death Star." Additionally, Biggs Darklighter, a minor character in the original film, is given an expanded role in the fanfic.

Jareo had the book vanity published through her WordTech Communications Company and put up for sale via mainstream channels such as Amazon, claiming it was okay to do so as only her family knew of its existence at the time. Nevertheless, Lucasfilm soon issued a cease-and-desist order and Jareo ceased publishing. Ultimately, the whole debacle stirred considerable debate over the line between fanfiction and plagiarism and paved the way for later works such as Fifty Shades of Grey and The Mortal Instruments.