Fanfic / And the Story Continues 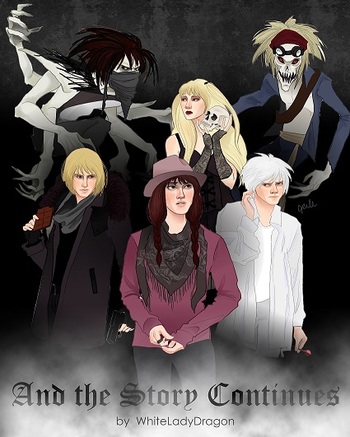 And the Story Continues

(troper whiteladydragon00/whiteladydragon000) is a Death Note AU and the sequel to Story of the Century, taking place four years after the original story. A new shinigami becomes bored with the shinigami realm and after hearing about Ryuk's exploits decides to seek out another human like Light Yagami and have an adventure of his own in the human world. Meanwhile, Near and Mello find out about L's death, and Mello upon finding out the true circumstances behind it, doesn't take it well...