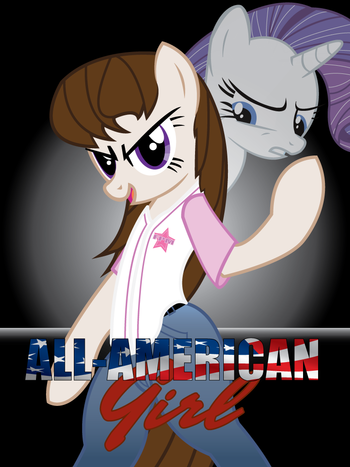 The woman in the foreground and the mare in the background don't get along very well.
Advertisement:

by Shinzakura is a My Little Pony: Friendship Is Magic fanfic. Actually, it's four:

In addition, there are also side stories contributed by authors other than Shinzakura that add more to the events taking place outside the main story whether before, after, or even during.

Daisy Jo Martinez is married to a US Navy officer, has two kids, is Catholic, Republican and proud to be American.

This is, at least initially, her story, but things become much more complicated fast.

The stories contain examples of: