Fanfic / A Yearning For The Mud 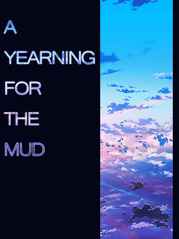 Sycamore: "Welcome! To the world of tragedy!"
Wallace Pearce, heir to a multi-million dollar corporation, flees from home after an accident results in casualty. Scared and on the run, Wallace looks to escape his current life by starting a new one at a higher education Pokémon school, Radix University. But Wallace quickly learns that his actions have consequences not even he can outrun.
Advertisement:

A Yearning for the Mud

is an ongoing Alternate Universe Fic of Pokémon created by SomeoftheFame

. A Yearning for the Mud (YFTM) follows Wallace Pearce, a sheltered and wealthy young man, who flees from his home in Lumiose City after a tragic accident in hopes to escape punishment and create a better life for himself as a Pokémon trainer, finding a safe place in the Pokémon school, Radix, a private university. The fiction was published in 2016 and offered character submission in its prologue for readers to submit original characters to the story. These submitted characters have made major and minor appearances in the story so far, as both antagonists and supporting characters to Wallace.

While combining Pokémon fics with a journey plot or a BoardingSchool setting isn't original, and YFTM does both, it sets itself apart from other fics with a similar starting point with heavy reliance on adult themes, character angst, tragedy, and phenomenal writing.

The fiction can be found here

A Yearning for the Mud has examples of the following tropes: