Fanfic / A TDA Love Triangle with Betty, Cody, and Gwenny 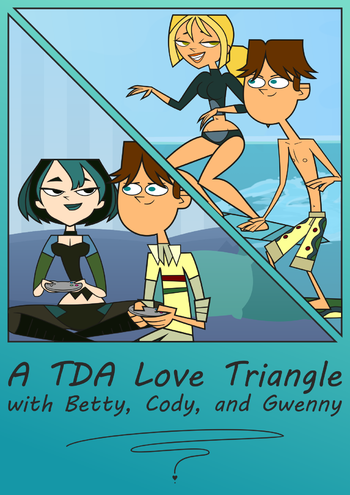 A TDA Love Triangle with Betty, Cody, and Gwenny

It's TDA outside of the film lot. Gwen is out of the game and a pariah for breaking up with Trent. Geoff has become a jerk; he and Bridgette break up. Both girls find an unlikely friend in Cody and start to develop feelings for him as more than a friend. They are not on good terms because of the Trent debate. A Total Drama love triangle from the three character's points of view.