Fanfic / A Puppet To Her Fame 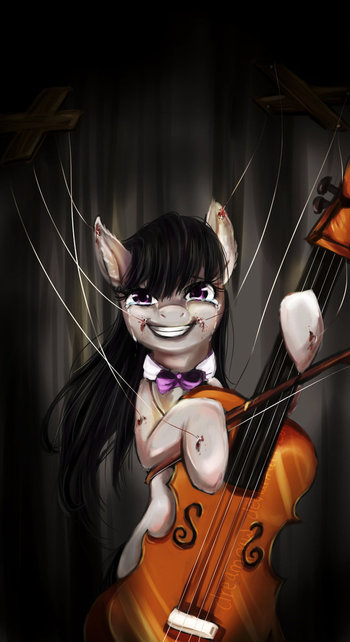 "A Puppet To Her Fame

" Is a My Little Pony fanfic written by Kaidan, the story follows Octavia as she deals with her Abusive Parents, and a strange unseen puppeteer who seems obsessed with making her play music. The only light in her life is Vinyl, a party girl who wants to save her from her terrible life.

A Puppet to Her Tropes..