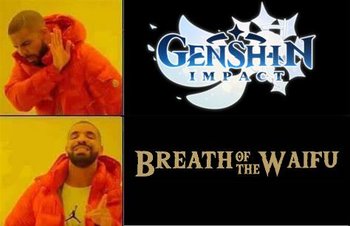 Just like any other game with gacha mechanics and Loads and Loads of Characters, Genshin Impact has a lot of alternate names coined by the fandom, whether these may refer to the game's characters, or the game itself.

For the memes, see this page, although some examples may overlap.