Fan Fic / Your Prince Is in Another Castle 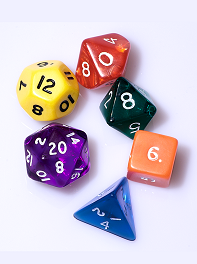 Your Prince is in Another Castle

is a Daily Life with Monster Girl fanfic by Rassilon001

Kimihito and the monster girls who live in his home stumble across an old copy of a Tabletop RPG game he used to play, Catacombs & Chimeras, and decide to pass an afternoon or two playing it themselves. As dice rolls and random encounters begin, the girls are off on a quest to save their beloved Prince from the forces of evil.

Your Prince is in Another Castle contains examples of: