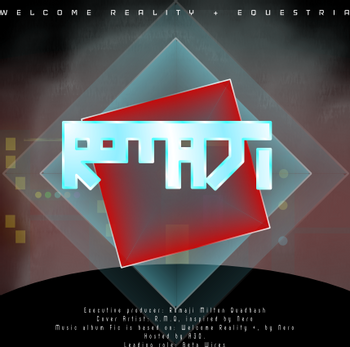 The cover art
Welcome Reality + Equestria is a My Little Pony: Friendship is Magic Fan Fic which follows the OC Beta Wires as she deals with The end of the world as she knows it.

On Archive of Our Own here.