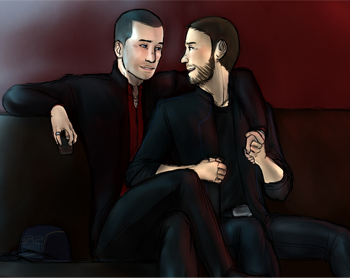 Much of the material concerns how this particular Shepard affects the people around him and spends little time re-writing canon, instead focusing on how others see Victor and what his actions mean, both for himself as a person and for how he changes things around him. Very Original Flavour, with an emphasis on exploring certain things not given much detail in canon like Shepard's Earthborn Back Story. Shepard's history and even his class are drawn on for Character Development, all of it making him the person he is instead of being mentioned once in the summary and promptly forgotten. The writing itself goes up in quality as the author improves with each entry.

Victor himself is notable for being one of the few Shepards in the Fandom using the default model.