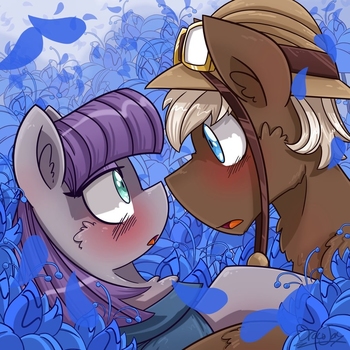 The sequel to The Weed, and part of The Weedverse, Venenum Iocus

depicts the continuing adventures of Tarnished Teapot and Maud Pie as they settle further into married life.

After surviving a deadly volcanic eruption in the previous story, Tarnished and Maud are approached by Twilight Sparkle, who has them investigate another magic hotspot: The Scariest Cave In Equestria. They end up meeting old and new allies in the Stiff Upper Lip society, and participate in a fight for the fate of Equestria as Grogar the necromancer seeks to further his own goals.