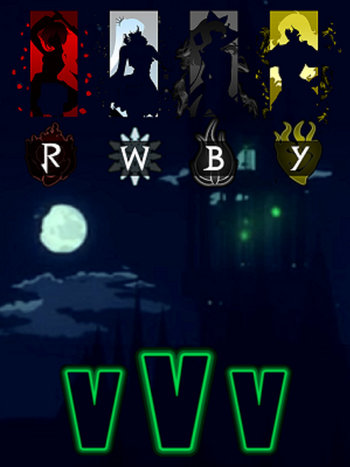 Brought to You by the Letter V
Advertisement:

is a RWBY Fan Fic by Rassilon001

, described by the simple premise of a collection of fun side stories and adventures shared by our favorite RWBY characters. Each chapter can be read as its own stand-alone story. Some spoilers ahead.

open/close all folders
All Stories
"Surf and Turf"
Advertisement:
"Snow and Fury"
"Jump and Jive"
"Hike and Camp"
"King and Pawn"
"Bark and Bite"
Advertisement:
"Born and Bred"
"Hard and Soft"
"Hide and Seek"
"Tomb and Trap"
"Sick and Well"
"Good and Evil"
"Moms and Dads"
"Rose and Wolf"