Fanfic / Twila The Girl Who Waz In Luv With A Vampyre 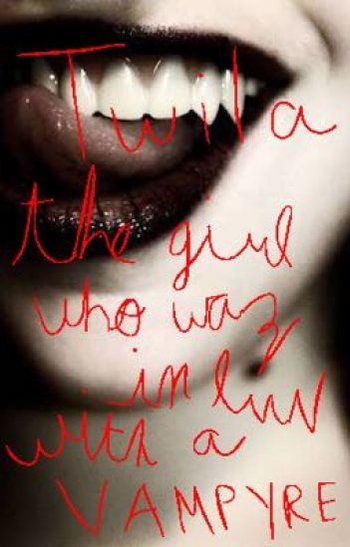 Twila The Girl Who Waz In Luv With A Vampyre

(the original was removed from Fanfiction Dot Net) is one of the more memorable of the over 9000 Troll Fics that arose in the wake of My Immortal. It is essentially Twilight retold in a parody of Tara Gilesbie's imitatable style, from the point of view of an OC named "Twila Beatiful Psyco Topaz Cullen" (although she's obviously not Cullen at the beginning) who goes to High School in "waschington" and takes the role of Bella, who's been cast in the role of a straw antagonist.
Advertisement:

Compare Forbiden Fruit: The Tempation of Edward Cullen, which, in spite of superior spelling and prose, is arguably even more outrageous.

Twila The Girl Who Waz In Luv With A Vampyre contains examples of: