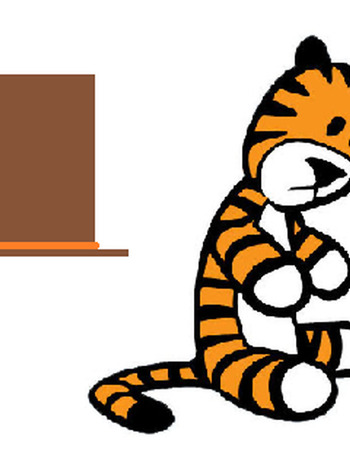 Top Hats and Tigers is a crossover between Professor Layton and Calvin and Hobbes, written by Gandalf15

AKA Captain Cold Cut Cliche. It can be found on here

The story starts with Calvin, a mischievous six-year-old, and Hershel Layton, a brilliant puzzle-solving archaeological professor. Being something of a child genius, Calvin builds a machine to increase his brain power. Unfortunately, the machine ends up switching Calvin and Layton's minds in a "Freaky Friday" Flip.