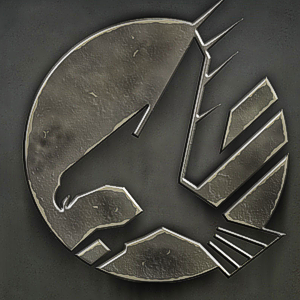 Slightly more than one hundred years after the end of Command & Conquer 4: Tiberian Twilight, humanity, using reverse engineering Scrin technology, began to establish colonies in other star systems. However, it turned out, that Earth was not the only planet that has been infected with the green crystals. Dozens of other worlds had already been claimed by Tiberium and after some time the Scrin returned in full force, attacking human colonies across space, stopping humanity expansion. Therefore Global Defense Intiative become the Interstellar Defense Intiative (ISDI) and began to fight with Scin and reclaim infected planets. Meanwhile, a spaceship ITC Methuselah approaching to a certain world heavily covered in Tiberium...

At the same time, things have gone to disaster over the previous three years in Equestria. Ever since as one of the strange meteorites had crashed into the far north of the country, a deadly green crystal has spread over much of the world like a plague. Things look bleak. Canterlot is the only surviving city, horrible storms wreck the land, all plantlife is dead or mutated and the animals were altered into horrible beasts, morale is all-time low due to the conditions in which the survivors live and Princess Luna and Pinkie Pie have fallen sick with little hope of recovery. Now, only a miracle can save them now from inevitable exctinction...

Unfortunately, it has become a Dead Fic