Fan Fic / The Hound And The Blacksmith 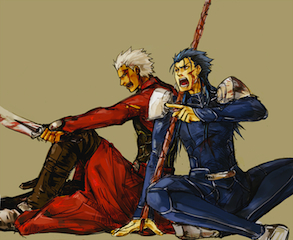