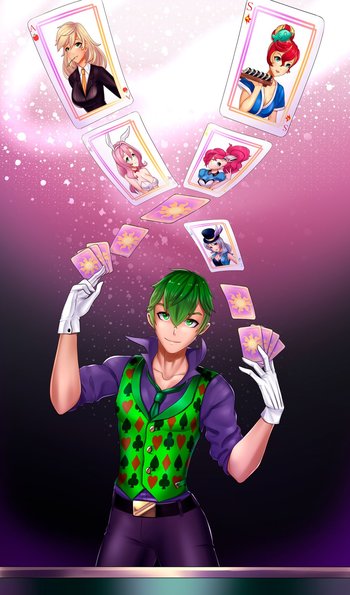 Spike's Gambit is a My Little Pony: Friendship Is Magic fanfic written by Commissioner-Y

Welcome to the Flimflam Brothers' Casino and Resort, a lavish mega entertainment destination where high rollers gather from around the world to play and win big!

Meet Spike Drake, the handsome "Lucky Prince" who tries to live up to the legendary reputation of his mother, Barbara "Barb the Serpent" Drake. To be declared the MVCD (Most Valuable Casino Dealer), Spike must compete in a series of wild, sexy and breath-taking competitions against other cut-throat rival dealers.

The exciting casino battles are about to begin! May Lady Luck be with you!