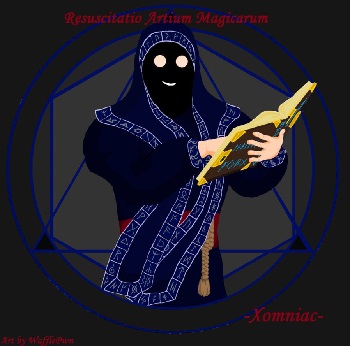 is a My Little Pony: Friendship is Magic Fanfic by Xomniac.

At the center of Tartarus, behind impenetrable doors and guarded by a vicious three-headed dog hangs a single prisoner. A being of immense power who has been hidden away for millennia. At least, until a certain Draconequus begins a series of events leading to his escape.

Enter Scholar, a smug, sarcastic Magnificent Bastard from the empire upon whose ashes Equestria was built. The story follows Scholar and his colourful array of friends and allies as they try to return the world to the way it once was.