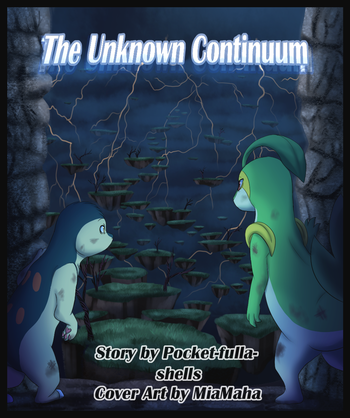 is a fanfiction by Pocket-fulla-shells

, based loosely on the Pokémon Mystery Dungeon games. It follows Floyd, a cynical bassist from Edinburgh, who suddenly finds his family, friends, and life whisked away from him when he awakens in another world in a body that isn't his.

While the fic starts out closely following the plot of Pokémon Mystery Dungeon: Explorers (albeit a lot Darker and Edgier), it gradually evolves into something more. Although the entire plot as a whole is based on Explorers, the author provides his own unique and interesting spin on the concept.