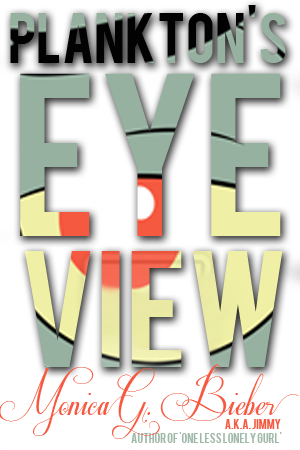 Plankton's Eye View is a SpongeBob SquarePants Fanfic by Monica Gilbey-Bieber, the same Troll who brought you the Troll Fic One Less Lonely Gurl. It is a story that revolves around Plankton and the events that happened in Bikini Bottom ten years after The Movie. Unlike its predecessor, however, it is actually a serious, well-written fanfic.