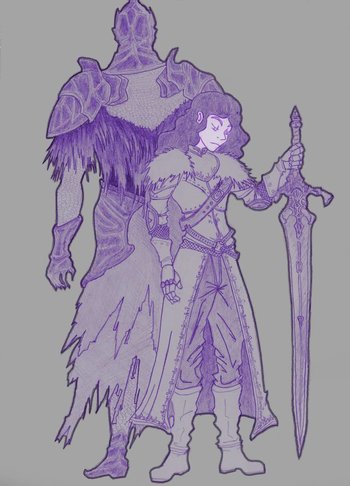 The dark siblings by odlawzein

, is a fanfic by Zaru and LD1449. It is a crossover between Worm and Dark Souls II.

Nadalia, the Bride of Ash and Child of Dark, escaped the Sovereign's invasion of the Brume Tower, finding refuge in the dark chasm. It was from there that her spirit wandered somewhere else.

A place beyond the scope of Light.

Beyond the reach of Dark.