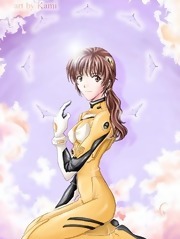 Story by Rommel. Cover art by Kami
Kozo Fuyutsuki: I can't believe they just let you have it.
Gendo Ikari: Ignorance is our ally, as I've said before. Do you disapprove?
Fuyutsuki: ...I do not think we should be taking this kind of risk. If you are going to use Rei, then I would rather you get it over with before the Japanese or SEELE have a chance to intervene. As we know they will.
Ikari: Rei is not ready. The scenario did not account for us losing her again. Now that we have, we can no longer proceed as planned. Perhaps this was for the best. I was pained to lose her, but Rei had admittedly become too...
Fuyutsuki: Attached?
Ikari: We made the mistake of allowing her too much freedom. However, human bonds can be molded. But that will not help if we can't justify and defend our place. You heard what was said. The Ministry of the Interior is already openly aggressive.
Fuyutsuki: And you think this will help? Knowing what we know it is capable of? It could be suicide.
Ikari: It will buy us the time we need.
Advertisement:

Starting where Episode 24 left off; NERV manages through political maneuvering to prevent SEELE's attack for a time, though this action also forces the schedule for the Human Instrumentality project further back, meaning that the scenarios from Episodes 25 & 26, and End of Evangelion are averted.

Three months have passed since the attack of Tabris, believed to be the last of the Angels, and NERV is rebuilding itself and Tokyo-3, while Shinji, having recovered somewhat from the death of Kaworu, tries to come to terms with his own feelings and with the people around him. Rei tries to find her identity and her place in the scheme of things. Asuka, fresh out of her coma and still struggling with recouping from her recent mental breakdown, is reinstated as a pilot but is frustrated by her continuing problems with syncing with Unit-02. And Misato and Ritsuko attempt to find common ground after the recent strain Project-E has put on their old friendship, but this uneasy alliance is constantly tested by the former's search for the truth and the latter's continuous involvement in Gendo's schemes. And the appearance of new Angels of a questionable origin only further complicates things...

And meanwhile, unbeknownst to pilots, an even bigger plot involving SEELE's machinations, the shadowy and merciless official, Musashi Kluge, who will stop at nothing to crush NERV, and the Emerald Tablet, a strange and unpredictable computer program for which Gendo has great plans, unfolds in the background.

Featuring relationships between the pilots that are handled incredibly well, original characters inserted seamlessly, and maintaining the feel of the original series, without succumbing to the pitfalls of many other stories which explore the same territory, Evangelion: Genocide is regarded as one of the great classics of Evangelion fanfiction.

It can be read on FF.Net

. Rommel's other works can be found in his FF.net

A dedicated fan has illustrated most of key scenes. His art can be found in his reddit

. Links to read the first issue can be found here

Compare and contrast with Continuation Eva fics such like HERZ, Neon Genesis Evangelion R, Scar Tissue, Walking in the Shadow of Dreams or A Crown of Stars, and with For Want of a Nail stories such like Advice and Trust, Nobody Dies and The One I Love Is....