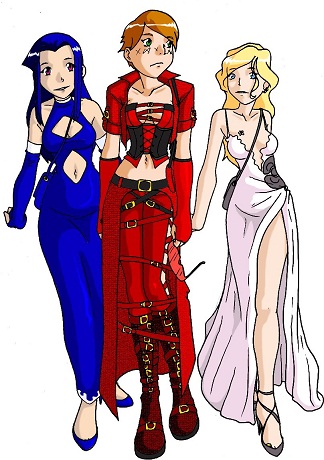 Misfiled Dreams is an Alternate Continuity/Continuation Fan Fic series by ShadowDragon8685 based in the Misfile-verse exploring some of the plot lines and relationships not (yet?) taken or explored in the comic itself and exploring the gaps and logical conclusions left by Fridge Logic.
Advertisement:

Most notable for the volume of Lemon material that could never show up in a PG-13 webcomic and for taking the tropes used in the comic and turning them up to eleven.

Starting in September 2004 (the same period the comic was in at the time), Rumisiel has a very strange dream which shows a very different path reality could take if the Misfile was resolved. As he dreams, Ash and Emily take their relationship to new levels. This forms the basis of the first (and to date only stand alone) episode Rumisiel's Lament. The rest of the series explores the consequences of the actions and decisions made in that, and skips ahead of the comic to December 2004.

Delays have allowed the comic's timeline to catch up and pass Misfiled Dreams' timeline.

The tales so far are:

All are available as PDF files here

ShadowDragon posted updates on the series and also rambled aimlessly at the series thread, which can be found here

if you're interested. (You have to register with Napalm Luck to access the forum, however.) In October 2019, ShadowDragon reported in that thread that they are no longer writing the story.