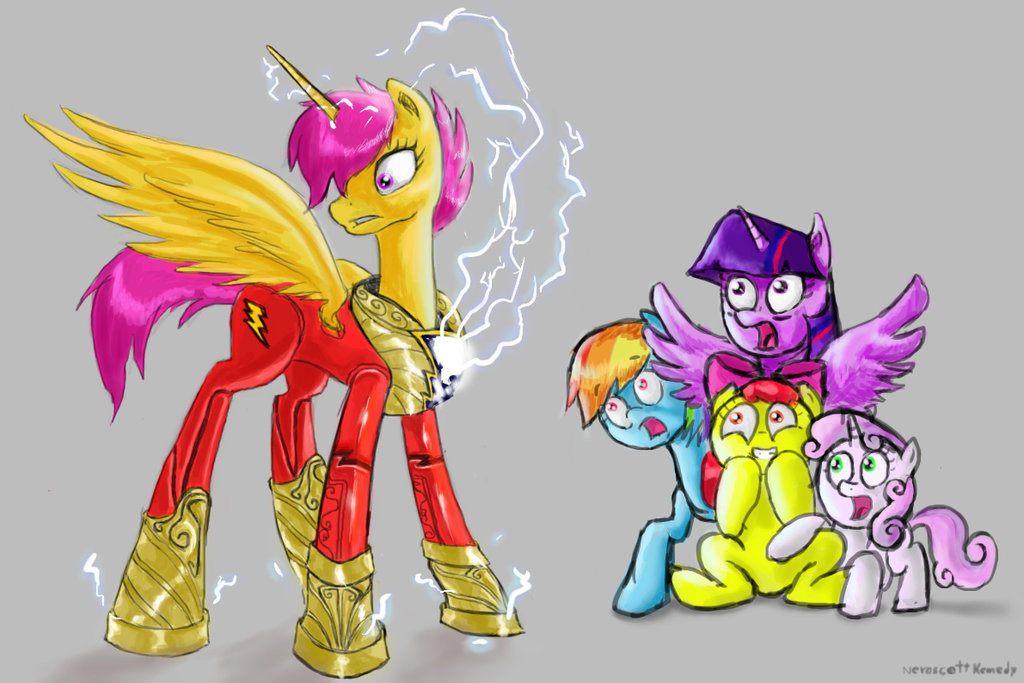 is a crossover between My Little Pony: Friendship Is Magic and the Shazam series writtenby Michael_Ravencroft