Fanfic / Kirby: Right Back at Ya! Odyssey of Dreams 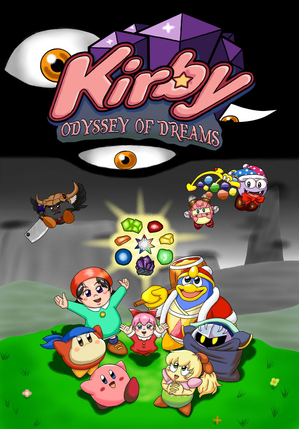 Taking place one year after Nightmare's defeat, Cappy Town is visited by a jester named Marx who intends to rule with eight ancient mystical stones called Dream Stones. Meanwhile, a force far more terrible than Nightmare arrives, known as Dark Matter. Kirby sets out with friends to locate all the Dream Stones to hopefully defeat Marx, the Dark Matter and even a mechanical clone!

Can be read on DeviantArt